"The Devils in Baggy Pants" 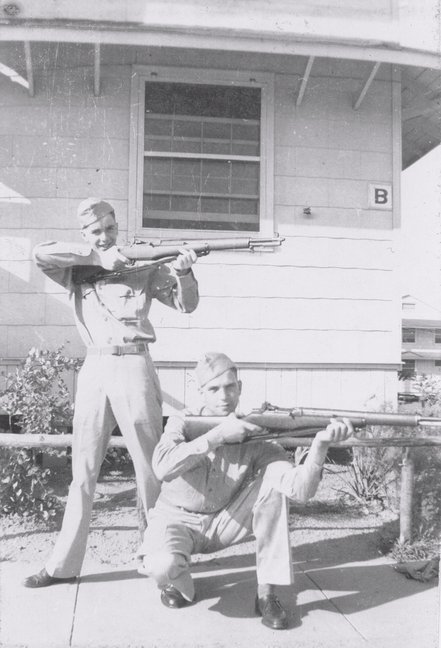 In October 1942 the 504th Parachute Infantry Regiment was transferred to Fort Bragg, North Carolina. It was here that A Company, commanded by Captain Ralph Bates, was transferred to the departing 503rd Parachute Infantry Regiment who were slated to move via Panama to Australia. Their 2nd Battalion (later the 509th Parachute Battalion) was still in England, so A Company was renamed D Company 503rd PIR.

Captain William Beall, a seasoned cadre officer, was then given the task to rebuild a new A Company around a small nucleus of the original soldiers (like Pvt. Robert Jones)  who had been left behind.

Cadre photos of the 1st, 2nd and 3rd Battalions

The 504th Parachute Infantry Regiment was activated on May 1, 1942 in Fort Benning, Georgia. Cadre was provided by the 502nd PIR, the 503rd PIR and the Parachute School. First Commanding Officer was Lieutenant Colonel Theodore Dunn, who was succeeded on December 1 by Lieutenant Colonel Reuben H. Tucker, III. Cadre officers included Captains Ward S. Ryan (later XO of the 513th PIR) and Robert L. Wolverton (later killed in Normandy as battalion commander in the 506th PIR).

In the first three months cadres were supplied for the 505th, 506th and 507th Parachute Infantry Regiments since the airborne forces were still expanding in size.

Privates Leslie Lucas (left) and Donald Cerra of the 1st Platoon, A Company, in Fort Benning. Courtesy of Christopher Lucas. 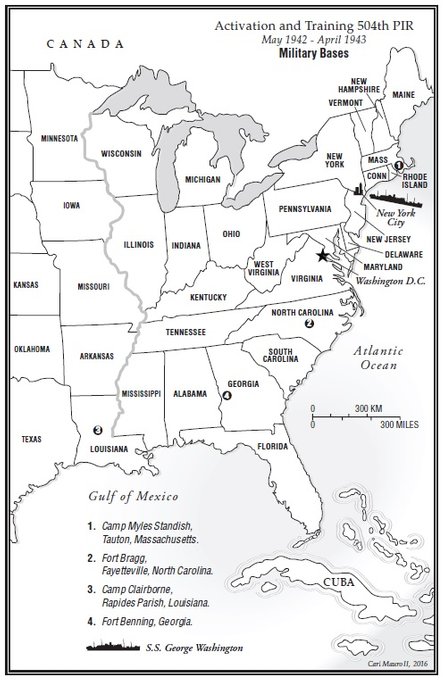 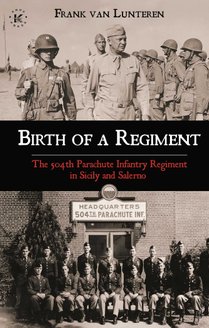 In April 1943 the advance detail of the 504th PIR, led by Major William Beall,  left for North Africa and was followed soon after by the entire regimental combat team and the remainder of the 82nd Airborne Division. The main force sailed on the 'George Washington'  and landed at Casablanca on May 10, 1943.

After a short stay in Morocco, the regimental combat team moved to Oujda in Algeria. It was here that Lieutenant Colonel Tucker received his promotion to full colonel. Due to several training exercises and illness, replacements flowed in from the EGB 447 Replacement Battalion in order to keep the regimental combat team at full strength. It not only included the 504th PIR, but also the 376th Parachute Field Artillery Battalion, C Company of the 307th Airborne Engineer Battalion and C Battery of the 80th Airborne Anti Aircraft Battalion. 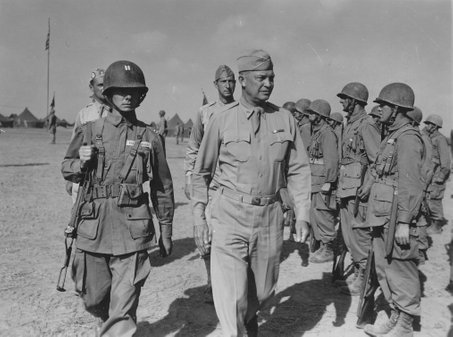 Lieutenant Colonel Charles W. Kouns and his 3rd Battalion - renamed 'X Battalion' to mislead the Germans, were the first component of the 504th Regimental Combat Team who made a combat jump. They spearheaded the Allied invasion of Sicily, known as Operation Husky.

Lieutenant Colonel Charles Kouns photographed in his C-47 by Robert Capa, July 9, 1943. He was captured and made several unsuccesful but brave attempts to escape and would spent the remainder of the war as a POW in Oflag 64. His story is told in his own words in "Birth of a Regiment". 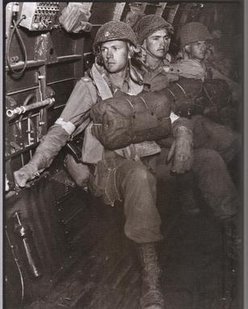 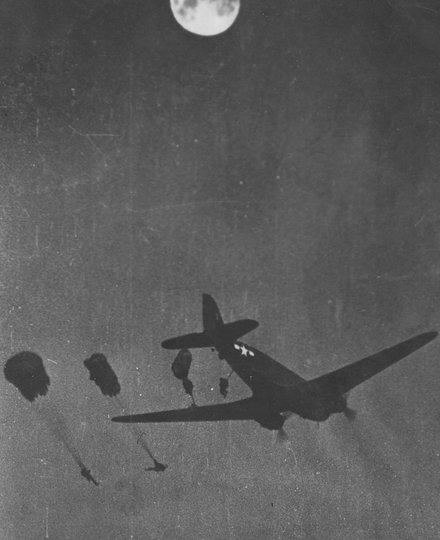